Corrib Mask Search and Rescue was established in 2004 replacing an ad hoc group of anglers who provided a basic rescue service on the larger lakes in the South Mayo/North Galway area.  Located in two bases, one on Lough Mask, Tourmakeady and Lough Corrib and mobile facilities are available to be deployed anywhere within the catchment area.  The service is provided from Galway city in the South to Ballyhaunis, County Mayo in the North and includes the Western lakes of Loughs Corrib, Mask, Carra and all associated tributary rivers.

Over the past 10 years the organisation has rescued more than 50 people, recovered bodies and made numerous positive interventions.  Up to 80% of those in difficulty are anglers unfamiliar with boating or unfamiliar with the weather patterns of the lakes.

The committee fundraised for a permanent base in Tourmakeady, Co Mayo in 2010.  This base was built following a drowning accident and it was decided that a base on Lough Mask would improve response times.  All funds were raised locally and the project delivered and completed by the volunteer committee.

The organisation worked with South West Mayo Development Company and FORUM Connemara to secure LEADER funding for the purchase of two D Class Inshore Rescue boats. The new boats will be able to carry more crew members and casualties and launch in worse weather conditions than its predecessor.  They are equipped with the very latest safety equipment including satellite tracking of the boat and twin outboard engines.

Commenting on the assistance provided by ILDN members and Clann Creedo, Chairperson Vincent Heneghan said;  “Corrib Mask Search and Rescue are a voluntary organisation who provides year round search and rescue cover on Lough Corrib and Lough Mask and are a designated resource of the Irish Coast Guard.   We received Leader funding to purchase 2 new coastguard standard rescue boats, we needed loan facilities to access the funding so we approached Clann Credo, they understood our needs and worked with us to complete the project and we now have 2 new rescue boats serving the communities of Mayo and Galway.  We found Clann Credo to be very helpful and professional to work with and we would gladly recommend them to any community group looking for finance.” 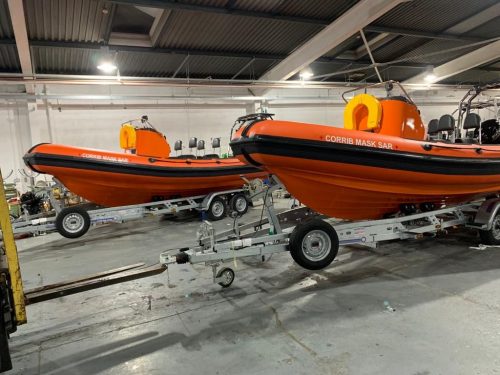 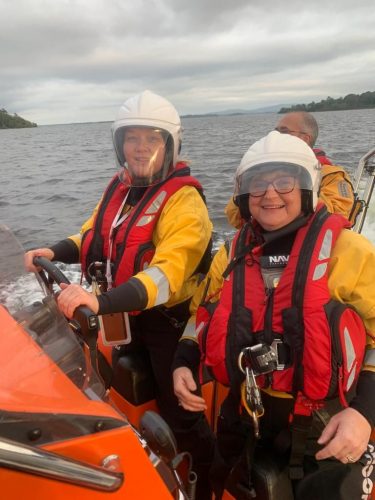