When Athlone Boat Club pushed its first vessel out onto the Shannon in 1837, a young Daniel O’Connell was engaged in a protracted campaign to repeal the Act of Union, and a very cold summer led to the widespread failure of the potato crop, which of course was the beginning of the famine. From the most defining eras in our nation’s history the Athlone Boat Club stood the test of time.

Nearly 200 years later, the rowers of Athlone Boat Club can still be observed cutting through the Shannon’s broad waters of Athlone Town and Coosan Point while the club has grown beyond the dreams of its forbears that have gone before them.  Over those years, it has evolved a proud tradition of teaching and coaching young people from across the community of Athlone in rowing skills, while competing at all levels across Ireland and Europe. The club’s Coosan Point regatta is an established highlight of the country’s rowing calendar and one that has proven to be a popular racing day for club from each of Ireland’s four provinces.

Athlone Boat Club now boasts a membership of over of 130, comprising juniors, adult members, masters level rowers and veterans. The club will also actively expand its membership to include young people, adults and parents. The club plans to roll out adaptive rowing for individuals with special needs in 2022.  And, in keeping with its family-friendly ethos, it has developed an annual River Festival focused on recreational rowing races in September each year.

However, the club’s ongoing evolution was somewhat hampered by its cramped and outdated facilities and plans were drawn up to develop a new, state-of-the-art riverside clubhouse that would, quite literally, provide the space that was needed to grow.  This is where the role of Clann Credo and ILDN member Westmeath Community Development is written into the distinguished history of Athlone Boat Club.

Westmeath Community Development is a partnership which empowers people and communities to overcome disadvantage and enhance the quality of their lives.   Westmeath Community Development was formed in 1993 to access funding under the LEADER II programme in order to carry out a programme of rural development throughout County Westmeath.   In 1996 it also become the Area Based Partnership for the County and as such qualified to deliver Local Development Social Inclusion programmes. 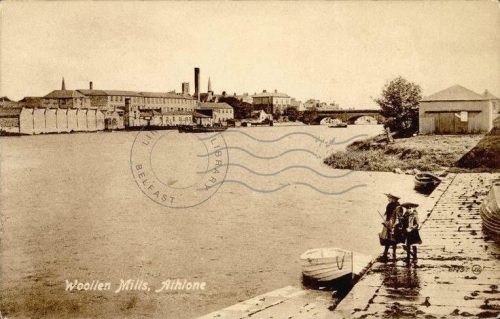