When the Athea/Carrigkerry Old Mill Development Association set about transforming an area of wasteland into a state-of-the-art playground facility for the Community – they found allies in their effort in the Irish Local Development Network Member Local Development Company West Limerick Resources and Clann Credo – Community Loan Finance.

In the first of a series of case studies, revealing how ILDN members and Clann Credo have assisted Community groups in turning ambitious plans into reality through the LEADER Programme, we focus on how a Community in West Limerick transformed a hazardous, litter blackspot adjacent to the local National School into a magical Community Playground.

ILDN member LDC West Limerick Resources originated from a local initiative undertaken by individuals and groups in West Limerick to establish a rural resource organisation that could collectively address the issues, changes and challenges impacting on the community and life of the area.  In late 1992, LEADER I, a pilot rural development programme, which ran to the end of 1994 was introduced to Ireland and whilst West Limerick did not benefit from this initial programme, a group came together with the aim of securing funding from the LEADER II Programme in order to maximise the benefits for rural development in the County.  This proved successful and funding under the LEADER II Programme was allocated in 1996 from the Department of Agriculture and Rural Development and so West Limerick Resources began. Since then the company has grown and now administers a wide range of funding programmes including the Social Inclusion Community Activation Programme, the Rural Development Programme, The Rural Social Scheme, TUS and a variety of other targeted services.

For almost 10 years the local Community in Athea/Carrigkerry sought to build a playground for the Community. With the assistance of funding from West Limerick Resources through the LEADER programme, the JP McManus Fund, local fundraising efforts and Clann Credo the dream finally became a reality in early 2021. Despite the delays, the commitment to this project did not waiver and thanks to the tenacity of the local community group – the Athea/Carrigkerry Old Mill Development Committee and with the advice and support from West Limerick Resources, works finally got underway in April 2021.

The playground promises to be a focal point for young children and their families to play and socialise in a safe environment. Clann Credo recognised the importance of this facility and the huge efforts that went into achieving it, and was happy to provide a bridging loan to enable the group to pay for works pending drawdown of the grant.

Commenting on the role Clann Credo played in the project, the Athea/Carrigkerry Development Chairman Pat King said; “On behalf of Carrigkerry Playground committee, I would like to express our sincere gratitude to Clann Credo for their help and support during the process of the development of Carrigkerry Playground. While there were a lot of legal issues, with securing a lease, and then Covid 19 struck, Clann Credo and especially Sarah Leahy, were always available as our construction dates seemed to constantly change. They were always professional, efficient and flexible as finally we got to organising the finance to get this project over the line.” 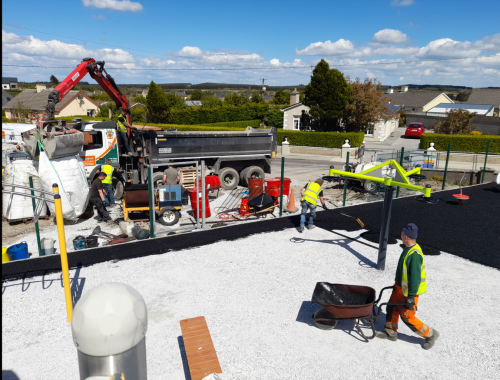 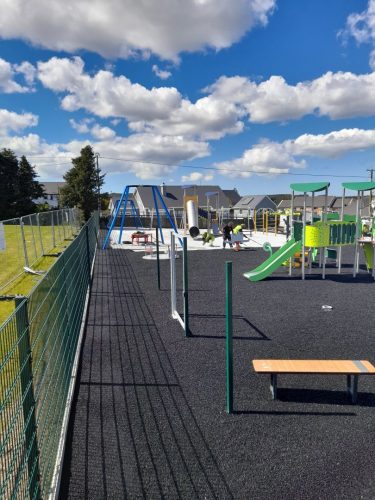